KIDZEE WINS THE Fast 50 Brands Awards 2016 India’s one of the fastest growing brands, 2016 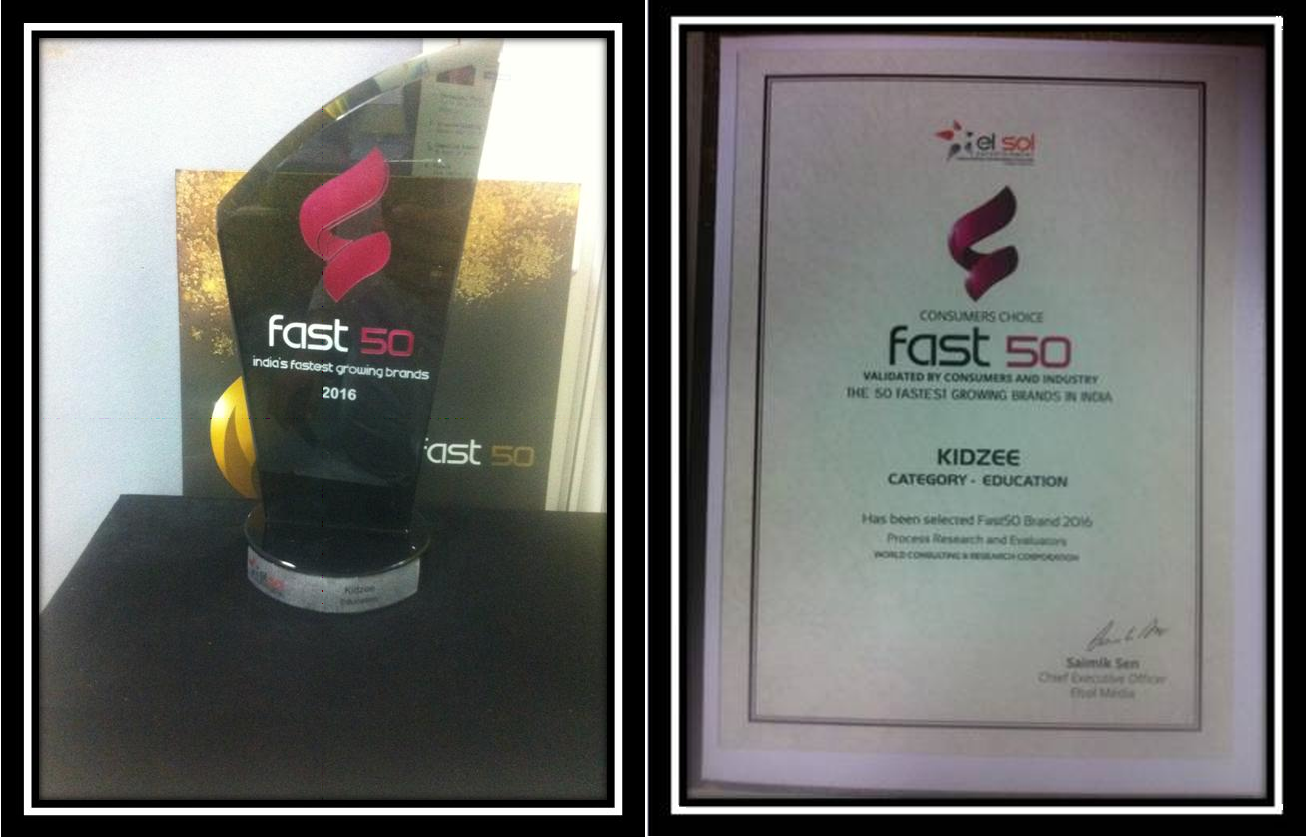 Kidzee has been awarded as the Fast 50 brands of 2016 at Pride India Summit- Maharashtra conducted by EL SOL Media at Hotel Sahara Star, Mumbai on June 9th, 2016. Kidzee has once again established its brand position and emerged as a winner against several nominations across the nation.

The award was given basis the research conducted by World Consulting & Research Corporation on the brand performance for the year and the new innovations that have been implemented for the Kidzee brand.